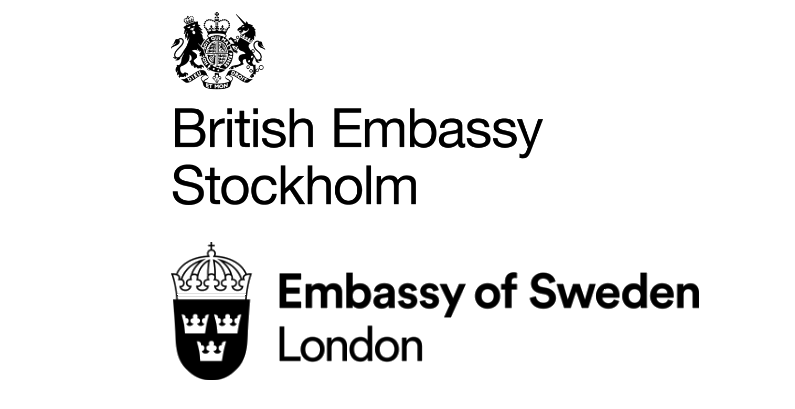 As we run up against the clock in the fight against climate change European investors are finally seeing the value in innovative green solutions. And nowhere is there a greater need to introduce environmentally friendly technologies than the fastest growing source of global emissions: the transportation industry.

As countries, cities and businesses around the world are making strong sustainability pledges, a rush of green transport startups has arrived to work towards these goals. And they’re not alone — a new breed of corporate accelerators is stepping up to help them get off the ground, from Gothenburg’s MobilityXLab to Wayra’s Intelligent Mobility Accelerator based in the UK.

“Many sustainable mobility solutions are focused on changing the way people move around big cities.”

The fact is, many of us need some form of transportation to get around — and most cars, buses and public transport systems are still far from the net zero dream. Here are some of the top startups in the UK and Sweden working on sustainable alternatives to everyday transportation.

Many sustainable mobility solutions are focused on changing the way people move around big cities. But what about people in the suburbs: people who don’t have ready and easy access to public transportation? Over half of England’s working population still use their own cars to drive to work, and 68% of private car journeys occur within five miles of home.

During the initial Covid-19 lockdowns, Zeelo made a name for itself by providing safe transport for critical workers in Italy, and recently won a tender to run three routes for a UK college group, due to its vehicles being fitted with air-filtration systems, contact tracing and other technologies to reduce the virus’s spread. Zeelo has raised a total of £5.5m across two funding rounds, with notable investors like Jaguar Land Rover.

Based in Umeå, MOVEBYBiKE is a Swedish cargo delivery company with the ambitious goal to transform the city into one where the majority of goods are transported by bike.

As many cities around Europe and the UK move to create more zero emissions zones, cargo bike deliveries are likely to see a boost. MOVEBYBiKE aims to provide an alternative for companies that want to save costs and reduce emissions for delivering cargo. The company’s electronically assisted ‘trikes’ carry up to 300 kilos and hold up to 1.5m3. The company also claims to deliver goods faster than the average cars, vans or trucks, as bikes can easily slip in and out of traffic and down alleyways rather than be held back by their own bulk.

MOVEBYBiKE has raised a total of SEK10m (£880k). H&M is one of its most recent investors.

Another EV company? Yes, but this one’s got a few tricks up its sleeve. London-based Arrival’s zero-emission public transit vehicles are made of a composite material that’s more lightweight and cheaper than steel.

Arrival vehicles’ robotic arms are built in ‘microfactories’ which can be stationed anywhere there’s demand for cheaper and greener manufacturing. The cars can also be customised to specific customer needs — Arrival’s anchor order with the United Parcel Service will include a range of vehicles that can handle different routes, distances and battery life.

Arrival has raised a total of $629.4m in funding over four rounds, with serious investors such as BlackRock and Fidelity. Arrival expects to sell nearly 260k vehicles with a $14bn profit by 2024, and the company is all the more profitable for its merger with CIIG, a special purpose acquisition company (SPAC).

As our cities become smarter and scooters, bikes and footpaths take over buses, trains and cars, transport authorities are in need of accurate, real-time transport data. That’s what London-based Vivacity Labs wants to bring to the table, or rather, to the street.

Vivacity Labs uses cutting edge machine learning and computer vision techniques to deploy sensors with on-board cameras that process (and, importantly, discard) all video in order to provide live and historic data on congestion, travel patterns and the types of vehicles on the road. This not only enables better traffic management in the present, but it also has the ability to predict how traffic patterns will develop in the future.

Vivacity Labs has raised over £6.6m from InnovateUK, Tracsis and Downing, according to Vivacity Labs rep Alex Maxwell.

Swedish trucking startup Einride wants to deliver the future of freight. Its main product offering is electric, driverless freight trucks that drive autonomously or can be controlled remotely with no need for a human driver on board. Einride claims its Pod trucks can help companies cut fuel costs by up to 70% and reduce carbon emissions by up to 90%, while increasing efficiency along the way. The Pods have a sleek shape with rounded edges for better aerodynamics, and could definitely alarm the unassuming Swedish highway driver with their notable lack of windshield or steering wheel.

Einride is the first to put its fully electric, fully autonomous cars on the road, proving its worth with customers like food chain Lidl Sweden or German logistics company DB Schenker. The company is currently waiting for full regulatory approvals for its new round of Pods to drive at higher speeds on public roads, and expects to release first orders in early 2021.

Einride has raised a total of $42.3m in funding, including from corporate VC firm Ericsson Ventures.

In October 2020, Scotland-based Ember launched the first electric-powered coach service between Dundee and Edinburgh, operating up to eight times a day. Defying popular biases about EV range anxiety, the Ember buses completed the 60-mile distance entirely on one battery charge — no top up needed. Now, Ember has added Perth, Kinross and a few local stops in between to its service route.

Ember offers a revolutionised way to travel between cities via coach. Passengers can pat themselves on the back for lowering their carbon footprint while enjoying Ember’s customer-centric approach. Think: leather reclining seats, phone chargers, 5G WiFi, app payment and a relatively quiet ride when compared to noisy diesel-powered engines.

Ember rides are also pretty cheap, as the significant savings on fuel costs are redirected back into passengers’ pockets. The flat fare for a full 60-mile journey on an Ember bus is £7.50, compared with £20 on ScotRail diesel trains and £18.60 on a Citylink bus.

Velove Bikes is a Swedish last mile delivery solution that relies on bikes to transport cargo. The company is still young, and has so far raised €1m in one seed funding round, but it’s tapping into the right market at the right time. Covid-19 has given a major boost to ecommerce, especially amongst everyday individual customers. As not all deliveries are big shipments that require gas-guzzling vans or trucks, Velove Bikes offers a more sustainable solution for smaller deliveries.

Both Velove Bikes’ electric cargo bikes and their weatherproof city containers are neatly designed to ride in harmony with other cyclists on the existing public bike infrastructure. To maintain more time and cost-efficient deliveries, the company’s unique ‘containerisation’ business model allows parcels to be stored at different locations throughout the city, sorting them at the terminal, and then transferring over to a cargo bike for the last mile delivery service.

There are more enjoyable ways to get around a city than packing into metros. Stockholm-based shared electric scooter company, Voi Technology, has won nearly two-thirds of city licences in Europe to date, and from August to November 2020, the company’s number of rides has increased by 85%. Other escooter companies, like Lime and Tier, have also seen a rise in users during the pandemic, and McKinsey predicts global usage of shared micromobility is likely to grow by 12% compared to pre-pandemic levels.

Voi distinguishes itself by putting safety first, advocating for a “vision zero” approach and encouraging users to wear a helmet to earn loyalty points and educating riders on road safety behavior. Voi is also paving the way for diplomacy between scooter companies and local transport authorities by recommending sharing scooter parking data with authorities, abiding by traffic rules and paying gig workers like standard employees.

Headquartered in Cambridge, Wayve is building AI for autonomous vehicles. The company’s core promise is that vehicles using its technology will be able to drive in any unknown urban environment around the world, learning and interacting with street signs, objects and people just as, or better than, a human would.

Wayve’s secret to success doesn’t rely on more sensors or algorithms, but rather better AI capabilities. The company doesn’t use HD maps, lidar or other sensors that are common to the autonomous vehicle industry today. Instead, Wayve’s AI is data-driven at every layer, with computer vision continuously learning from both observing human driving and reinforcement learning.

Wayve wants to be the first to deploy self-driving tech in 100 cities, and is confident its AI can handle complex new environments based on driving in past cities and simulations. So far, the company has raised $43m in three funding rounds.

“The UK had previously ruled escooters too dangerous to be on the roads.”

Covid-19 really changed the game for micromobility’s reputation — the UK had previously ruled escooters too dangerous to be on the roads. But after a summer of social distancing, regional authorities are drawing up contracts with escooter companies for year-long trials. One such company is Beryl, which will be working to provide Norwich with a city-wide fleet of escooters, ebikes and dockless pedal bikes.

Careful not to step on any toes, Beryl incentivises responsible parking within its geofenced ‘Beryl Bays’ to ensure that parking doesn’t become a nuisance on the city’s infrastructure. Some of the bays even add a little something to the cityscape with planters and seating. Beryl is also unique in its ability to let passengers pause their ride if they have to pop into the shops for a moment.

Beryl has raised a total of £18.3m in funding, with Richard Branson and British Business Bank being notable investors.

Want to hear more about the future of mobility from innovative startups like Voi and Beryl? Register now for Sifted/Talks this Thursday, January 21!