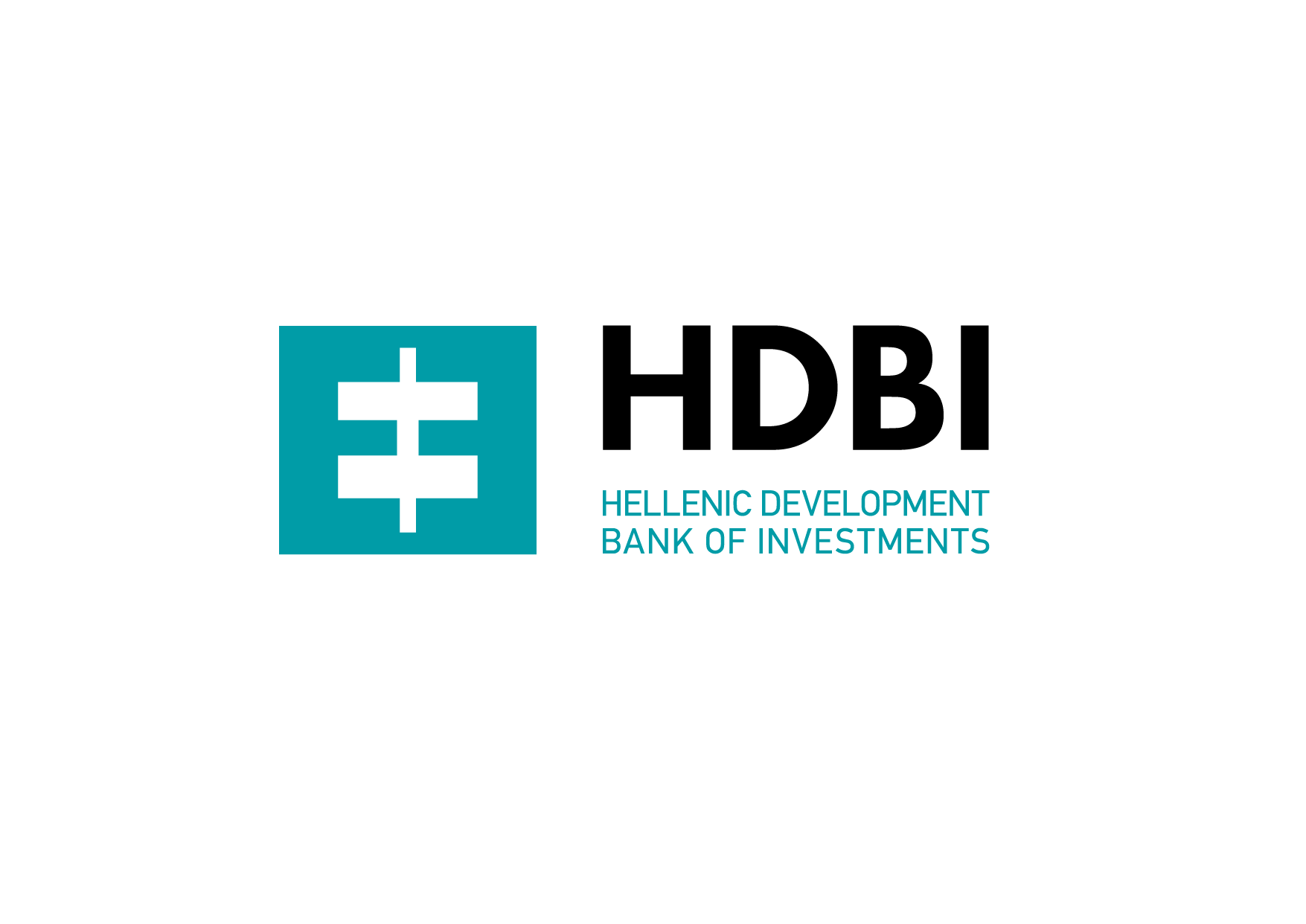 HDBI is the Sovereign Fund of funds of Greece, financing innovation and investing for growth.

On the edge of Europe, Greece is often overlooked as a startup hub. But 2021 was a record year for the country in terms of investment, to the tune of over half a billion euros in funding.

“We’re entering the international radar,” says Dimitris Kalavros-Gousiou, cofounder and partner of Velocity.Partners, a VC fund focusing on pre-seed and seed-stage Greek tech startups, and cofounder of Greek accelerator Found.ation. “It’s not that all of a sudden international investors have discovered Greece, but they definitely have been taking notice in the last three to four years.”

Startup activity in Greece is ramping up, but will 2022 continue the upward trend? How far has the ecosystem come and where is it heading next?

For Kalavros-Gousiou, a huge driver of Greece’s startup success is the increase in the number of exits, which brought a lot of publicity to local innovation.

“We had quite an interesting couple of years in 2020 and 2021 as far as exits were concerned,” he says. “There’s activity that brings headlines, headlines bring more attention from investors and soon-to-be founders and more attention creates stronger momentum.”

According to Found.ation’s Startups in Greece report, the country’s startup ecosystem saw six exits last year. The exits of Niometrics, a network analytics company, and data startupLenses.io are expected to exceed €70m each.

Apostolos Apostolakis is a partner at VentureFriends, the first private VC in Greece, which started fundraising in 2015. He agrees the ecosystem gathered momentum after startups saw success on the international stage.

“As an entrepreneur, I have always felt that there was a gap in Greece regarding VCs who were founder-friendly. I really believed in the opportunity in Greek startups,” he tells Sifted.

“There were those first companies that showed that it is feasible to start from Greece and create international success, and then other founders followed. There are people who have the drive, they just want to be convinced that it’s feasible and they want to know that there’s a welcoming environment in terms of investors and like-minded people to help them.”

“As an entrepreneur, I have always felt that there was a gap in Greece regarding VCs who were founder-friendly. I really believed in the opportunity in Greek startups”

If Greece has a (very) big exit in 2022, Kalavros-Gousiou says that moment will solidify its place in Europe.

“That’s what we need, one very big unicorn moment,” he says. “An exit in evaluation above €1bn is a defining moment, no one can really argue whether this is a success or not.”

Talking of big moments, last year Greece had its first company — edtech PeopleCert — reaching unicorn status with a €1.1bn valuation, though it was self-declared, without outside investment. Kalavros-Gousiou predicts there will be more in 2022.

“There are maybe three cases very close to becoming a unicorn,” he says. Recently, Greek fintech Viva Wallet’s valuation was raised to over €1.5bn after JP Morgan acquired a 47% stake in the company. “This will mean big things for Greece’s fintech ecosystem and will encourage more local entrepreneurship,” Kalavros-Gousiou predicts.

Real estate startup Blueground, which reached a value of €750m, is yet another Greek soonicorn, or unicorn in the waiting.

“As Greek scaleups are growing, we’re going to have an effect where many people from their leadership teams, from their C-level and senior teams, will end up becoming entrepreneurs or even angels in the coming years, having seen what it takes to build something from the ground up,” Kalavros-Gousiou says. “They are nurturing talent that will, down the line, found new ventures.”

Investment is flowing in

Found.ation’s startup report found investment more than tripled from around €150m in 2020 to over €500m in 2021. It also observed a 30% increase in the number of startups getting funding — with the total number exceeding 70.

International VC money — including Chinese giant Tencent — is flowing in, but public money is also accelerating development in Greece. The HDBI (Hellenic Development Bank of Investments), for example, is currently managing €1.5bn in public investment resources.

“We can provide up to 80% public funding through the AccelerateTT programme in order to boost the startup ecosystem in Greece,” says Antigoni Lymperopoulou, HDBI’s chief executive. “Public support is very crucial until this engine starts and produces.”

The Ministry of Development and Investments also intends to channel an initial €200m of public funds into Greece, in the hopes of bridging the financing gap for very early-stage companies that are yet to launch.

“Public funding together with European funds and PE/VC capital have acted as the yeast that nurtured the interest of international investors and created a flywheel effect in the region,” says Yannis Tsakiris, deputy minister of investments at Hellenic Republic. “The initiatives targeted startups of all stages — from the ideation phase to the scaleup.”

The European Investment Fund (EIF) has also played a key role in Greece’s local VC ecosystem, and in last year opened up a €500m investment scheme to support Greek businesses.

“Publicly financed programmes were extremely useful to initiate something and change the mindset,” says David Dana, EIF’s head of VC investments. “But now it’s not only developmental investment anymore, it’s about financial investment with the objective of generating returns, which is the end objective because this is how we will attract more private investors.”

Life Sciences is currently the most popular sector in the Greek startup ecosystem, according to Found.ation’s report. Maria Kokidou, Found.ation’s head of outreach and content, predicts these sectors will only keep growing.

“Life sciences including healthtech, fintech and also sectors to do with nanotechnology, deeptech and big data will remain on the rise in the next few years,” she says. “We’ve seen big investments from international companies increase in the last couple of years in the country, such as the establishment of innovation centres and data centres by Pfizer and Microsoft.”

While Greece is struggling with a “brain drain” — around 400,000 people have emigrated from Greece since 2010, 90% of whom hold a degree and 64% a master’s or a PhD — Kokidou says the Greek government is actively working on it.

“Our ecosystem is still young, but we are optimistic that our spot on the map will get bigger and bigger”

“We have a really strong scientific community here and a really huge problem with brain drain,” she says. “This is something that the government is trying to reverse through encouraging investment from foreign companies and establishing innovation centres in various cities in Greece to involve both academia and corporations.”

It’s paying off, Lymperopoulou says, as Greece is already seeing talent return: “A lot of Greeks have travelled abroad due to the decade-long financial crisis that we experienced, and they are steadily coming back. It’s a turning point in the recent history of Greece, and a unique opportunity. HDBI is performing many roles for the benefit of the ecosystem as well as the country, some visible and some latent, brain-gain belonging to the latter category.”

“Athens cannot be compared to London, Berlin or Paris in terms of absolute numbers; there is still a lot of distance to cover,” says Tsakiris. “Our ecosystem is still young, but we are optimistic that our spot on the map will get bigger and bigger.”

For more insights and information regarding the rising Greek startup ecosystem, download the full report by Found.ation and EIT Digital, supported by HDBI.

HDBI is the Sovereign Fund of funds of Greece, financing innovation and investing for growth.