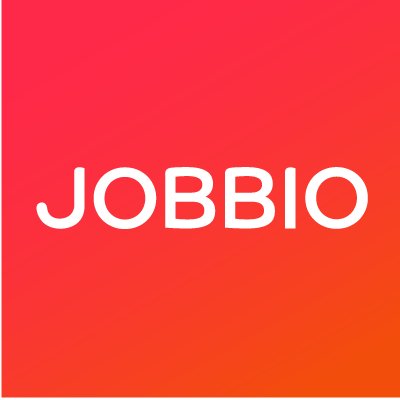 A curated jobs board for anyone looking for their next big break.

Many pandemic phenomena, such as baking banana bread and Zoom pub quizzes, have been left in the dust — but “the Great Resignation” is carrying on post lockdown.

A recent PwC survey of 52k workers across 44 countries found that one in five say they’ll likely switch jobs in the next year. Reasons cited included wanting more money, desire to find fulfilment at work and learning more skills.

Pressure is particularly high in the tech sector, where layoffs are mounting in order to cut costs amid the economic downturn. However, there are still companies hiring.

“There’s a high demand across technology, fintech, AI,” says Stephen Quinn, CEO of hiring platform Jobbio. “Anything around emerging tech is in high demand because there’s a skills shortage in that area.”

But what do you do if you actually want to make the jump — and how do you navigate the search while you still have a job? We asked a hiring platform, a recruitment agency and a career coach.

For some, job searching while employed is their only option for financial reasons — they can’t afford a gap in income so need a role lined up straight away. But Quinn says looking for work while you already have one also allows you to be more targeted in your search.

“When you have a job, you’re obviously a bit more comfortable, you’re probably not on the lookout as much, which means you can be a bit more targeted in who you’re approaching,” he says. “You may get to approach hiring managers directly over social or email and you could wait a little longer.”

Quinn says this direct approach can help candidates to get to the interview stage faster.

“For me, job seeking is about getting down the funnel as fast as possible,” he says. “If you think that 100 people are going to apply for the job, the company will probably interview between seven and ten maybe.”

James Hallahan, director of IT recruitment agency Hays Technology in the UK and Ireland, agrees that targeting your search is a strongly suggested Do, adding you should have a preferred role in mind.

“It’s pivotal not to rush your decision, but I’d have a clear idea of the role you’re after, the salary you’d expect, your daily responsibilities and your desired company culture”

“It’s pivotal not to rush your decision, but I’d have a clear idea of the role you’re after, the salary you’d expect, your daily responsibilities and your desired company culture,” he says. “Whilst it’s advised that your CV should be revised for each role you apply to, by having your key career history, skills and education already in a strong format, editing will be less of a consuming task.”

DO: Explore your options

For Quinn, it’s important for people to keep an open mind and not close off to the rest of the job market just because they’re quite happy in their current role.

“If you’re evolving your career, you’ve got to keep your ear to the ground. You’ve got to think: a monkey doesn’t swing until it sees another branch, you’ve got to try and see the other branches to make sure you’re on the right one,” he says. “That’s why we partnered with Sifted and Wired to get people to realise that there are other opportunities out there by putting it in front of them.”

“If you’re evolving your career, keep your ear to the ground … a monkey doesn’t swing until it sees another branch, you’ve got to try and see the other branches to make sure you’re on the right one”

While preparation is key, Hallahan notes job hunting on the low also requires being careful. For instance, once you’ve updated your CV, do reflect those changes on your LinkedIn profile, but don’t leave your activity notifications on as your current employer may see.

Quinn adds the same goes for sudden changes on LinkedIn like professional photos, as this can raise eyebrows — and raise questions like are you committed to your current role.

“You don’t want to be adding pressure to the scenario,” he says. “They may think of you as noncommittal for the future and therefore, if you do not get the role, you put yourself in an awkward spot.”

Alice Stapleton, a career change coach, who specialises in talent in their 20s and 30s, says it’s also best to use a personal email address for all correspondence.

“Check whether your work emails are monitored,” she says. “If they are, and you want your job search to remain confidential, have all information sent to a personal email address.”

Why shouldn’t you tell your employer? Hallahan says it’s dependent on the relationship, but it will most likely change the dynamic.

“Often, it’s advised that unless a contract has been drawn up, it’s better for all parties to refrain from telling your current employer, as naturally it may change the dynamic,” he says.

This means finding out secondhand can be particularly damaging, so be careful of telling colleagues and be honest if you are confronted.

“Some employers can feel betrayed if they find out secondhand that an employee has been interviewing elsewhere. Most people prefer transparency and honesty in a working relationship and finding out this way can be tricky if the employer or line manager takes it personally,” says Stapleton.

“If someone asks you outright whether you’re currently interviewing for a new role, do try to be honest”

This also means workers should be wary of interviewing on company time — after all, there are only so many long dental appointments you can get away with taking.

“You should be taking days off rather than pretending to go on long dental appointments and pretending to have sore teeth,” Quinn says. “I think that you should never tell your employer until you have the job or certainly an offer.”

But, if your employer does find out, Stapleton says honesty is the best policy: “Where appropriate, if someone asks you outright whether you’re currently interviewing for a new role, do try to be honest.”

She adds speaking to your employer once you get an offer can also increase the likelihood of a counteroffer.

“Consider speaking to your employer when a job offer is received,” she says. “They may be able to better it — if you’d prefer to stay, that is.”

Looking to explore your next job move? The Sifted Job Board is a great place to start, with thousands of open roles to discover.

A curated jobs board for anyone looking for their next big break.