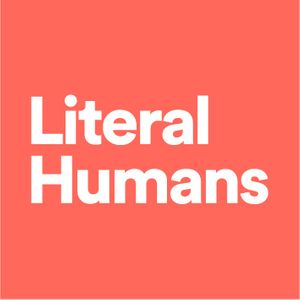 The business case for diversity, equity and inclusion (DEI) in startups is stronger than ever; it increases productivity, enhances innovation and creates a “collective intelligence”, which is when different thinking styles tackle problem solving together.

“From a creativity and marketing standpoint in particular, it adds a layer of creativity and difference to what you produce,” says Paul David, cofounder and chief executive of Literal Humans, a content and growth marketing agency that supports the growth of tech for good startups and mission-driven brands. “It enables you to speak to increasingly diverse audiences better by having a diverse team that can draw on their own experience to do so.”

The benefits are clear, yet progress has been slow when it comes to diversity in executive teams. So how can startups hire for diversity well, no matter their growth stage?

The business case for diversity, equity and inclusion (DEI) in startups is stronger than ever; it increases productivity, enhances innovation and creates a “collective intelligence”

For Rachael Twumasi-Corson, chief executive and cofounder of startup Afrocenchix, one tip is to focus on the types of people and approaches you want on your team, rather than the exact skills and experience.

“If you want more women on your team and you look for a high degree of leadership experience, you might accidentally end up discriminating against women who haven’t been given those opportunities in the past,” she says. “Whereas if you look for the character features and the values and types of leadership, you open that up to a broader spectrum of people.”

To focus on who a person is, Twumasi-Corson says she asks character questions at the interview stage that go beyond industry-specific and competency questions.

“If you look for the character features and the values and types of leadership, you open that up to a broader spectrum of people”

“One of my favourite questions, which I think reveals quite a lot about people, and is a fun one, is if you were to win the lottery tomorrow, and money was no object, what would you be doing with your life in five years’ time?” she says. “You find that once you take economic realities off the table, people will often talk about the things that really matter to them.”

When it comes to embedding DEI straight away, David says it matters who your founding team are. A 2020 study found that just 0.9% of founders in Europe are black.

“Early stage it’s just building the right founding team and connecting the dots between areas of identity with areas of skill and capacity,” he says. “You really want to think about what you want your founding team to look like across areas of difference in diversity.”

However, you aren’t off the hook further down the fundraising line. David says we give too much of a pass to companies which have homogenous leadership teams, but still insist they are trying to solve diversity issues.

“You’re in London, you’re in Berlin… there’s no shortage of talent that allows you to make your leadership team diverse,” he tells Sifted.

A recent Sifted analysis found, on average, women hold just 28% of top management positions in Europe’s top neobanks. Su Simha, VP of marketing at Framen, used to work at a top European challenger bank and says the lack of diversity in the C-suite caused her to move on to a different company.

“At different levels, you don’t see a lot of women in senior positions there and that’s a real pity,” she says. “I didn’t feel like the long term of my career was there and I just felt like there was not just enough space for me or for any other diverse leader like myself to have a seat at the table.”

To encourage more women to apply to roles and to retain employees which are women, David says support should be built into company’s benefits packages or their HR infrastructure.

“At different levels, you don’t see a lot of women in senior positions there and that’s a real pity”

Twumasi-Corson agrees: “If you’re thinking diversity in terms of how many women you have, you want to make sure that you are supportive of families, so consider what types of maternity packages you can offer and the flexibility you can offer parents.”

Think about how you look for candidates

For Simha, hiring diverse candidates also means giving development opportunities to current employees. She adds that later-stage companies especially should monitor this, as well as thinking about mentorships.

“There are plenty of candidates within the company who are probably ready for the next career path or the next opportunity and are often passed on,” she says. “That’s something that late-stage companies should look at and continuously monitor.”

When hiring external candidates, David says there are a number of networks from Diverse Creatives and Blacks Who Design to emergency initiatives that have popped up to help displaced people who have been impacted by Russia’s invasion of Ukraine.

“There’s just so many networks that exist now specifically for women and people of colour and differently abled people,” he says. “We find some of our best candidates from those pipelines.”

To widen the pool of people applying, Twumasi-Corson says she adds a diversity and inclusion statement to her job listings.

“Saying we don’t discriminate on the basis of gender, ethnicity, disability, we welcome everyone to apply from every socioeconomic background and especially welcome people from underrepresented backgrounds to apply,” she says. “I think that has made a slight difference to the type of candidates that go for things.”

She adds it’s important to make it clear to candidates that it’s worth the time to apply to your jobs, by making them aware of things such as biases against names.

To widen the pool of people applying, Twumasi-Corson says she adds a diversity and inclusion statement to her job listings

Have the mindset of an inclusive workplace

Of course it’s all well and good to hire for diversity, but you need an inclusive workplace — an open culture — to keep them. “Often what happens is that you end up hiring and then those diverse individuals will leave if they don’t feel welcome,” says Simha.

“It’s more stimulating and rich to engage with people across areas of difference and I think folks from traditionally underrepresented groups, traditionally under-hired groups, feel better in those environments,” he says. “It’s a bit of a chicken and egg challenge, you need a diverse workplace to recruit diverse talent.”

David says it helps to think of DEI as a product and to build benchmarks for yourself.

“With products we set all types of deadlines and guideposts and processes, but with diversity, equity and inclusion, it’s just this sort of amorphous thing,” he says.

Twumasi-Corson says it’s also about mindset: “Don’t see it as some weird charitable thing, like oh we have to help women, you’re not just helping women, you’re actually bringing people on board who otherwise you may not have had an opportunity to employ.”

Chat with Literal Humans about hiring a diverse team.